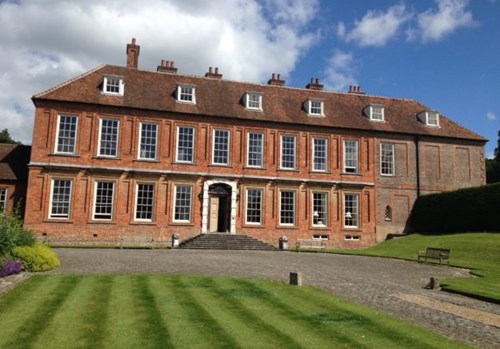 Our latest guest blog comes from Jenny – a new starter in Public Sector Assurance based in the Liverpool Office.

So, university seemed the be all and end all to me – the one thing that differentiated the exceptional from the good, and the deal maker when it came to securing that all important first ‘proper’ job. With a firm nudge from school, I headed off to a reputable red brick university to study a bachelor of science in Accounting and Finance…

Only a couple of months into my studies, it became pretty apparent that university life was different to that I had envisaged and was somewhat not what I was hoping for. The student style of living wasn’t for me, and I decided that surviving on next to no finances, as well as feeling no immediate progression in my desired direction, was both frustrating and unrewarding. It was time for a change.

Dropping out of university was a hard decision to make and challenged everything I had ever believed in, both about what it means to be successful and also about myself and the direction my life would take. Initially, taking up my old part-time job upon my return home meant it was nice to have some money in my pocket again and life seemed sweet- but I knew it had to be a means to an end and it was time to look for an opportunity that would stretch me and help me grow.

There are a vast range of School Leaver schemes that pop up when you do the conventional Google search, and picking a more specific career focus is a task in itself. Personally, after logically taking into account my strengths and personal interests/qualities, audit appeared as though it’d fit like a glove (and so far I am yet to be proved wrong). I knew I wanted to work for a big firm, for both client exposure and spectrum of opportunity, so I spent a bit of time going through some of the larger organisations, trying to identify what each firm had to offer and the potential opportunities that were available, which would really make me flourish. As any applicant would, I applied for a handful of what I thought to be the most hopeful looking schemes I felt could suit me, and it goes without saying Grant Thornton was one of them.

The recruitment process is an unusual experience- it’s interesting to see different firms’ expectations of you and the way in which they introduce themselves to an outsider…this is where Grant Thornton really stood out to me. From the day of submitting my initial application form, to where I am now (and hopefully for the entirety of my career) I have felt nothing less than total support from the firm. Sometimes it’s the small things that make the biggest of differences, and I know that to me, having a phone call at each stage of the process rather than a generic company email stating nothing more than a date and time was both reassuring and welcoming and made me feel as though Grant Thornton wanted me to be a part of their firm as much as I wanted to be myself. Not only this, but building up a strong relationship with the recruitment department has been beneficial since joining, as it is nice to see friendly faces around the office who have been there since day one. I am now starting to give something back, as along with other colleagues, I am beginning to get involved in the recruitment department and getting people to know what Grant Thornton is about, through presentations and career fairs etc.

Initially, I was nervous applying, as I felt somewhat of a failure for dropping out of university and feeling like I had wasted valuable time in what is such a pivotal point in progression towards a rewarding career. I was sceptical as to how the firm would take my decision to leave education and join as a School Leaver at the age of 19. To my surprise, there was a real sense of understanding and interest into what makes me an individual- what university lacked and what opportunities there are in the firm that would interest me. It was obvious to me that Grant Thornton commits itself to assisting its people into a position whereby they love their job and are passionate about the work they carry out.

By the time I had reached the assessment centre, I knew Grant Thornton was the firm for me, which made the build-up to the day even more nerve wracking. Despite this, walking into the office on the day of the assessment centre genuinely felt like walking into a firm with open arms. The day was challenging and I did have some self-doubt as to if I’d secure myself the role, but regardless of what the outcome were to be, Grant Thornton made me feel comfortable and supported throughout the duration. It was therefore a huge relief when I got the news that I’d been successful and I felt truly liberated to be joining a firm that I was passionate about.

I joined Grant Thornton a little over a month ago as a Public Sector Audit Associate and the role is everything it promised to be, as well as already providing me with more opportunity than I had first imagined. For those who don’t already know, Grant Thornton has its very own training centre – Bradenham Manor. Not only is this another thing that makes the firm unique in its own right, but it is a great platform to meet new starters across the country. In my first few weeks, I have been at Bradenham for both learning accounting/audit material and the introductory networking event, Talent, which is held for every new intake of associates. I would actively encourage anyone to make the most of this event as it is not only a great opportunity to meet colleagues in a similar position to you, but those higher up the ladder.

In a nutshell, Grant Thornton stood out to me because of not only its size, status and reputation, but its attention to individuality and treating its employees as people, as well understanding and embracing diversity. In this firm, everyone matters and it is this approach which will help drive GT towards the 2020 vision and grow exponentially.

What does it mean to be a part of Grant Thornton? It means getting involved; making an impact and growing every day- so get stuck in!

Previous article:A Conversation with… The CEO part 5
Next article:National Apprenticeship Week – The Grant Thornton Experience
Back to Blog