Dealing with depression and anxiety 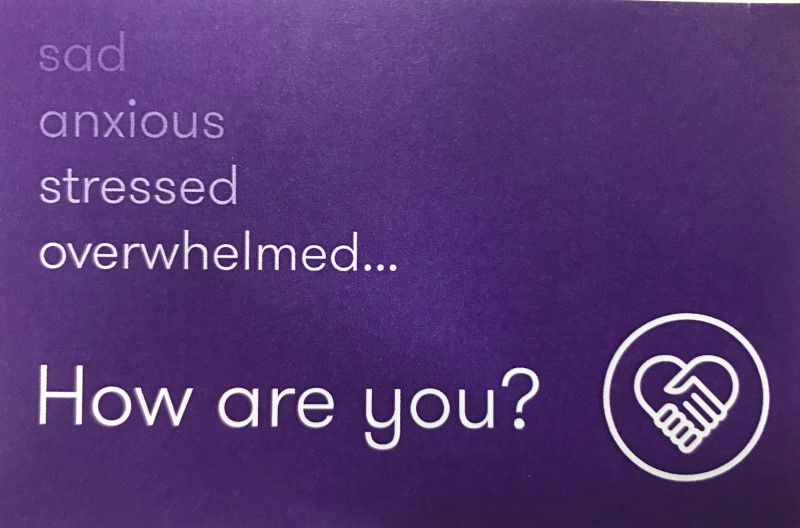 I first experienced anxiety and depression when I went to University. I had moved away from home and away from all my friends who were at different universities and I didn’t cope with it as well as I thought I would have. I went from being outgoing and keen to meet new people to finding it impossible to get out of bed, not able to collect the energy for even the most menial of tasks and the thought of socialising and meeting new people filled me with dread.

Due to the severity of my mental illness I was unable to fully complete my degree and to say that this was a massive blow to my confidence would be an understatement. I was always academic, with everyone saying that I would be successful when I was older, so to know that I had let down my family and failed to meet everyone’s expectations was hard to accept. I stopped taking the medication that I was initially prescribed while at university and was in a bad place, thinking that I just wasn’t good enough so there was no point in trying to be. I was skilled at putting up a good front though. I managed to get a paralegal job after university, and kept hanging out with my friends, even though the thought of having to leave my room often resulted in a panic attack or constant sleepless nights. However, after some really low times, I eventually accepted that I needed help, spoke to my family and was able to go see a doctor, get back on track and actually get the motivation to push myself again and apply for a job that I was really interested in.

Even though Grant Thornton don’t hire solely based on academic performance, I still needed to disclose my mental illness as an explanation for why I hadn’t achieved my full degree, which included submitting a letter from my university as well as a personal statement. Even though, at the time I was aware that I had submitted the information and therefore if I did get the job my employers would know about my mental illness, I still decided that I wouldn’t tell anyone as I didn’t want to get judged or have anyone think any less of me. That didn’t quite go to plan though, as in my interview I was asked about my experience overcoming a challenge, and since tackling my mental illness has definitely been my biggest challenge to date, it didn’t seem right to not mention it (especially as I knew the interviewer would have known anyway). It was absolutely terrifying telling one of my biggest secrets, and admitting something I was so ashamed of for such a long time, to a stranger but looking back I am so glad that I did.

My interviewer at that time ended up becoming my people manager and the fact that he was already aware of my previous issues, meant that it was a lot easier to come forward and speak to him when I suffered a breakdown last year at the time of my exams. I had been lulled into that false sense of security that comes when things go well and wasn’t prepared for how the stress of my ICAS exams would affect me. I was initially crushed, thinking once again I wasn’t good enough and just wouldn’t be able to achieve my goals but both my people manager and director were so understanding and willing to help me with whatever I needed. As a result, I have been able to spread out sitting my exams and while it means it will take me a bit longer to get exam qualified than the other trainees I started with, it works for me and at the end of the day I still get the same qualification and I’ve learned to accept that that’s the achievement, not the amount of time it takes me to finish.

I still have a lot of ups and downs, and recently my anxiety, panic attacks and insomnia have been hard to manage which has resulted in a lot of doctor appointments and occasionally turning up late to work. But my people manager and team are really understanding and as Grant Thornton believe in agile working, if I come in a little later I’m just trusted to make up the hours and get my work done. Grant Thornton also have so many resources available to utilise. In the Glasgow office we have two mental health first aiders who we can speak to in confidence, as well as a wellbeing room (check our blue Monday post on the Instagram page) where when the stresses of work are getting a bit too much, you can take some time for yourself.

My advice for anyone looking to join Grant Thornton or already working here is just to be honest. You don’t need to tell everyone everything but it means that they will be a lot more understanding if you need time off work or having a bad day. The stigma around mental health is definitely still there but don’t let the fear of admitting that you have an illness hold you back from applying for that job or experiencing new things. The thought of writing this blog was really scary at first because I have experienced when people don’t believe you and think you’re just looking for sympathy, but awareness and understanding is improving and through people who do have mental health issues being open and talking about it, it can hopefully only get better.