My start to life at Grant Thornton 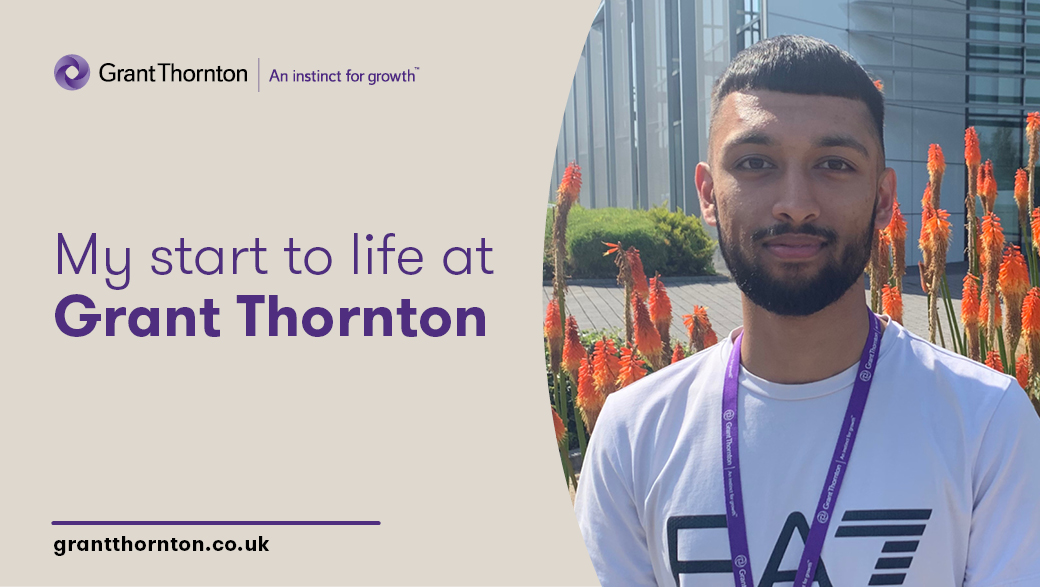 Since I joined Grant Thornton, the one aspect of the firm that has really stood out to me is the people. From the moment we started, everyone has been welcoming and energetic; this helped settle the nerves we had and gave us a glimpse of the famous GT culture that is often talked about. The first day was essentially an induction, giving us interns a chance to find out more about one another as well as the firm. We were given our bags and laptops, and spent a large portion of the day learning about the company’s values and ethics.

We spent the following two days at the London office for the National interns and placements conference, alongside every other new joiner across the country. It’s fair to say that everyone in the room gained a lot of motivation from these two days, especially from the talks we received. Malcolm Gomersall (Head of operations at GT) delivered the opening talk and really engaged with the entire room; we were given an insight into his personal journey as well as GT as a whole, highlighting where the firm currently is and what the future potentially holds. There were also a series of games and activities we all took part in that allowed us to network with joiners from other offices: bingo especially ensured everyone spoke to one another and was clearly one of the highlights of the conference. Tuesday night also involved a social, where we all gathered at a bar for food and drinks; we all shared our thoughts on how we had settled in so far and really got to know one another. The next day, Fiona Baldwin (Head of Audit) spoke to us about the audit arm of GT, where she gave us an overview of what the audit process entails while answering any burning questions we had for her. Following this, we were given talks on Tax as well as forensics; virtually every intern was fascinated by the forensics presentation we were given, which was evident from the amount of questions that were asked! A panel of current associates also joined us, speaking about their time at GT so far and also giving us tips on how to make the most of our time at the firm. Looking back, the conference is easily one of the highlights of the internship, and I’m confident the other interns feel the same.

We then spent two days at GT’s training centre, Bradenham Manor; the area itself is stunning and surrounded by greenery, and was completely different to the city life I’m used to! We all stayed in dorms and everything was catered for, including our meals. The workshop was aimed to improve our presentation skills, in time for the presentation we’re all due to deliver at the end of our 6 weeks. Over the 2 days, we were taught many ways in which we could enhance our presenting skills alongside key tips on how we could improve the way we come across to viewers; perfecting our body language was a key part of this. We were given chances to present over the two days, including a short 5 min presentation on a topic of our choice. As the training finished at 5, we all spent the rest of the day playing football, followed by drinks at the bar in the evening. I feel like we all bonded during our time and Bradenham and got to experience something completely different compared to being in the office, which is one of the perks of joining such a large firm. Overall, Bradenham capped off our start to life at GT in the best way possible and made it an unforgettable week to say the least; I am certain that any future interns who spend time at Bradenham will feel the exact same!

Previous article:
Busy Season and Wellbeing
Next article:
My first client experience as an Audit Placement
Back to Blog